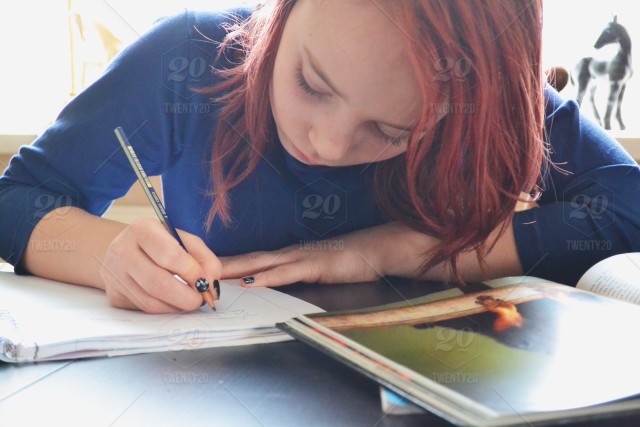 Ever since I picked up creative writing, I have written a mix of fiction and nonfiction. I launched my writing career with a nonfiction humour piece that found publication in a major Indian women’s magazine called Femina. I followed it up with several more pieces of humorous nonfiction, but I tried my hand at writing fiction alongside as well. In this endeavour, my efforts met with less success. My critique group rightly ripped my stories apart, but I persevered and managed to get a few shorter pieces published to begin with.

In the years since, I find myself equally divided between fiction and creative nonfiction. Some days I pick up my laptop determined to write a short story but it doesn’t flow and a nonfiction piece comes quite easily instead. On other days when I begin an essay, the muse doesn’t cooperate and prods me towards a short story instead.

I’m at the stage now where I go with the flow. Earlier I used to stress about it, mistakenly believing that I should stick to one and master it rather than dabble in different genres and fail spectacularly in all of them.

However, when I researched this problem a little, I found that most writing websites advising trying genres to test one’s mettle and also one’s interest. I have not found myself gravitating to any one particular field yet. Even within fiction, I write a mix of YA, contemporary realist, speculative and magical realism stories.

To add to this heady mix of fiction and creative nonfiction is poetry. I find it tough to write poetry, even though I have had poems published but those are more on the humorous side. My muse often pushes me towards poetry as well. I have written a few serious poems but so far I haven’t tried to get them published, convinced as I am that they are spectacularly poor and don’t deserve publication. However I haven’t got them critiqued either. Poetry is something I plan to tackle later, when I have wrapped up penning the stories and essays that I have already ideated first.

A number of classic novelists were excellent essayists as well. You can read them on Project Gutenberg, like this collection by George Eliot.

A few of my writer friends do attempt to write both, but some are devoted to one particular form of writing – say science fiction or perhaps children’s stories, or even journalistic pieces that involve research and reporting. I admire and envy their single-minded focus, considering my writing is nowadays all over the place.

But after years of experimenting with different types of writing, I realized my attempts would never go to waste. I count all of it towards practice.

And as the old adage goes which we learnt when we were children, practice makes perfect.

At least, that’s what I have pinned my hopes on.

What is your favourite genre of writing? Do you feel moved to experiment in different modes of writing as well? Do let me know in the comments below!